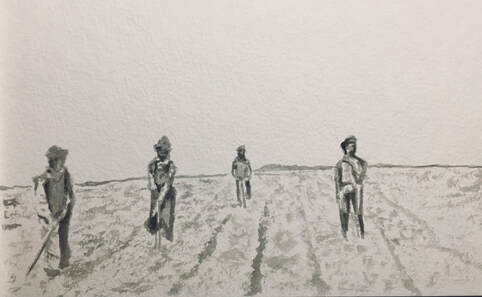 In 2020 there were farmer protests in India, mostly situated in Punjab, against a bill that deregulated the prices of crop, leaving small farmers to the mercy of large companies. It further illustrated the plight of agricultural workers and made me wonder more about this photograph. Who were the people in it? Where was the first land the tended to?


Here's my watercolor of the photo. 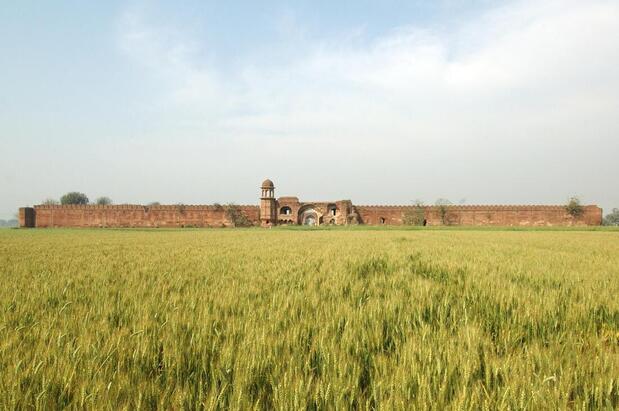 Sarai Lashkari Khan Fort in Punjab India was once a great inn during Mughal rule. It represents the prestige of its time period but is now abandoned. Today it's a tourist attraction. The ruined walls today combined with its past prestige leads me to see it as a sort of equalizer. I doubt these workers' ancestors were guests at this inn but for some reason I just see them in front of it. 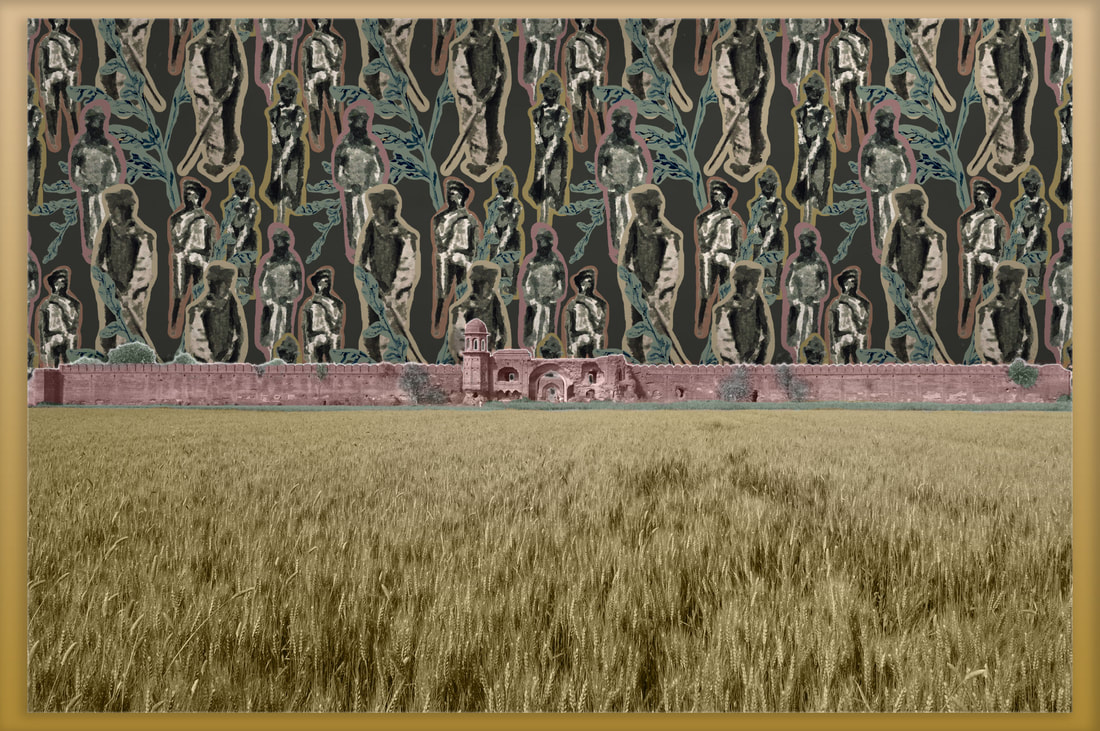 After turning my drawing into a repeating pattern, I've mapped it into the sky above Lashkari Fort. I weirdly imagine hanging in a Punjabi restaurant, with a gold frame, along with other landscapes, some vague and some specific. I love the unidentifiable décor in Brown restaurants.
Proudly powered by Weebly